The movement for genuine and long overdue truth telling about Australian history has gained considerable momentum in recent years. The Frontier Wars in particular has emerged as one of, if not the most significant untold stories which it is now broadly agreed must be included in any such process.

The Australian Frontier Wars were fought from 1788 to the 1930s between the First Nations people of this land and an invading coalition of white settlers, militia, police, and colonial soldiers. Respected Australian historian Professor Henry Reynolds has estimated that in total the conflict claimed between 20,000 to 30,000 Aboriginal lives and the lives of between 2,000 and 2,500 Europeans. Recent research suggests this number could be even higher with Raymond Evans and Robert Ørsted–Jensen from the University of Queensland suggesting that the number of casualties could be at least 60,000 in Queensland alone. This was undoubtedly a defining conflict in the history of this country.

However, despite the undeniable significance of the Frontier wars to our shared history, there has been little to no official recognition of these conflicts. 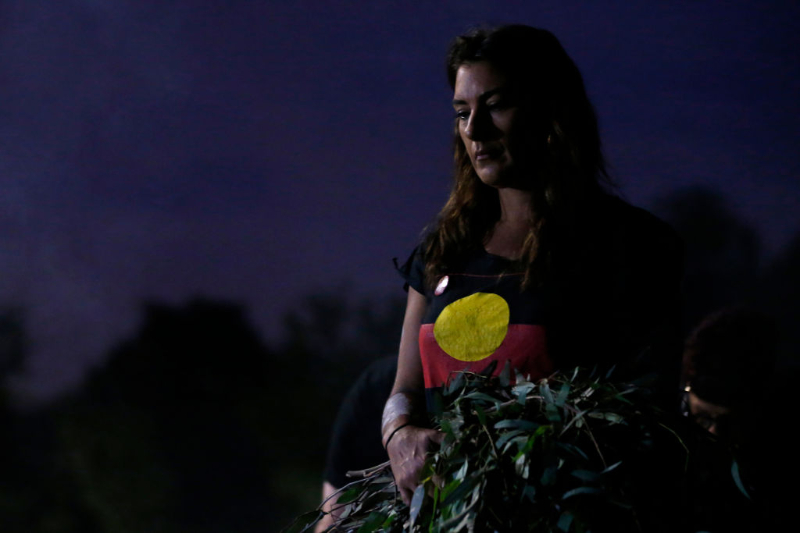 In the absence of such leadership, a growing number of communities are now taking it upon themselves to commemorate their own local histories. Notable examples include Myall Creek, Appin, Coniston, One Tree Hill and Elliston where annual ceremonies are held and monuments now stand to somberly and respectfully remember the blood spilt in the Frontier wars.

Athough these local commemorations are undoubtably promising and encouraging, the truth telling process remains limited due to the lack of political will at Federal, State and Local levels of government to remember our first war in any meaningful way. The ongoing refusal of the Australian War Memorial in Canberra to acknowledge the Frontier Wars is emblematic of this.

Despite a general consensus amongst military historians that the Frontier Wars indeed demonstrated all the characteristics of a war and should be categorized as such, there remains a distinct lack of political leadership on this issue.

These institutions are all examples of how nations can confront often brutal and shameful histories courageously and once established often become a source of pride and strength as a demonstration of a more mature and honest society.

This is in contrast to an increasing and long overdue recognition of the contributions made by Aboriginal and Torres Strait Islander servicemen and women to the war efforts of the Commonwealth. My own grandfather who served in World War 2 with the Australian Imperial Force was last year finally added to the War Memorial roll as part of a welcome effort to properly document Aboriginal and Torres Strait Islander people who served.

It is unfortunate this respect has not yet been extended to mine and other First Nations people’s ancestors who fought for their traditional lands against the British invaders. As plans for a major expansion of the AWM are now underway, including an Indigenous advisory group, it remains to be seen if the long silence will finally be addressed.

Dr John Connor, former Senior Historian of the Australian War Memorial and senior lecturer at the Australian Defence Force Academy highlights the cruel hypocrisy of this denial. ‘The ANZACs were beaten by the Turks at Gallipoli but they are properly praised for their valour and resourcefulness. The 8th division was defeated by the Japanese at Singapore but these men are rightly renowned for their mateship and endurance in captivity. It is only fitting then that the defeat of the Indigenous Australian warriors should not prevent us recognising their ingenuity and courage.’

Such a facility would serve a number of functions. It would serve as a public space for all Australians to learn the true history of this country. It would promote and support local communities to establish their own Frontier war monuments in cities and towns around the nation. It would act as a hub for further research.

Such a museum would provide a useful educational resource to schools and universities which wish to provide their students with a greater understanding of the Frontier War history. Teachers who may currently feel a lack of confidence or comfort teaching this history because of their own lack of understanding could arrange excursions to the Museum. Similar to the way in which Jewish museums employ Holocaust survivors as tour guides, the Museum could employ Aboriginal and Torres Strait Islander Elders to lead story telling which would support their healing while also passing down important knowledge to the next generation.

We are fortunate to have a number of museums around the world which we may draw on as examples. The National Lynching Memorial in Montgomery, Alabama provides one such model. Founded in 2018 by Bryan Stevenson, the African-American lawyer made famous as the inspiration for the recent film Just Mercy, the Museum and attached Memorial commemorates the 4400 African-American men, women and children who lost their lives as a result of racially motivated violence following the American Civil War.

Cities around the world including Sydney and Melbourne have major museums to the history of the Holocaust as well as the history of anti-Semitism more broadly. These institutions are all examples of how nations can confront often brutal and shameful histories courageously and once established often become a source of pride and strength as a demonstration of a more mature and honest society.

In every corner of this land, you will find First Nations people who can tell stories passed down from the old people about the Frontier Wars. Collecting this information will require sensitive and respectful engagement which will be vital to the success of the Museum. Giving communities the opportunity to tell their stories, if done appropriately, could also give them the chance to heal and be heard. This oral testimony would also be supported by a wealth of academic research thanks to experienced historians such as Professor Henry Reynolds, Professor Lyndall Ryan and Bruce Pascoe who have devoted their careers to this field.

There are signs that the status quo is finally shifting and that the cult of forgetfulness which for too long has defined mainstream non Indigenous Australia’s attitude to the Frontier wars is beginning to weaken its hold over our collective national consciousness and an increasing number of Australians are not only ready for the truth about our history, they are actively seeking it.

Speaking at the Australian War Memorial, Federal Opposition Leader Anthony Albanese provided some hope that the taboo around acknowledging the Frontier Wars might finally be breaking in the political sphere. In mentioning Indigenous Australian veterans from twentieth century conflicts he said, ‘they fought for a continent for which their own people had fought during the frontier wars, wars we have not yet learned to speak of so loudly. They, too, died for their loved ones. They, too, died for their country. We must remember them just as we remember those who fought more recent conflicts.’

Telling the truth both to ourselves and to the world is vital to the reconciliation process. It is vital to the creation of a more honest and inclusive Australian national identity. We must be honest about our past if we are to create a better future.

Zachary Wone is a proud Kabi Kabi and Australian South Sea Islander man currently based on Bidjigal land in Sydney. He is a final year Law student. Zac is also a consultant at Wone Consulting and works as a wharfie at Port Botany.

This article was first published on Eureka Street and republished with permission and our thanks.

Join us and stay informed!

Help ANTaR to continue to campaign for the rights of Aboriginal and Torres Strait Islander peoples by making a donation.